This week, three young people from Worcester have set out on a mammoth mission that will take them thousands of miles from home, all in the name of charity.

Kathrine Fritchley, Darryn Fritchley and Charlotte Guest who all work for local house builder Guild Homes, are now climbing Kilimanjaro in Tanzania, Africa’s highest mountain at 5,895m, in a bid to raise funds for Raleigh International – a worldwide charity which focuses on sustainable development in under-privileged countries and communities.

Kathrine, Darryn and Charlotte are hoping to raise £2,500 between them and, as a further challenge, Charlotte will then take the funds to Costa Rica in October where, with the charity, she will use her experience in community and environmental projects to build much-needed water and sanitation systems, schools and community centres for local people who are among the poorest in the world.

The team is really excited about the challenge but also know that the six-day climb will be tough, particularly the final eleven-hour overnight ascent to reach the summit.

Kathrine, who is the elder sister of Charlotte, said: “I feel really lucky to be able to fundraise for Raleigh, knowing that Charlotte will be over in Costa Rica using the money and seeing it make a difference first hand.”

Jeff Guest, managing director of Guild Homes and father of Kathrine and Charlotte, said: “When the girls suggested the idea I thought it was brave and scary at the same time, but when I saw the passion that the girls had for the project, I backed them every step of the way. And now that they have set off on their challenge, I feel extremely proud and I’m trying to keep in touch as much as possible.”

Donations to help the team and this worthy cause can be made at www.justgiving.com/guestandfritchley. 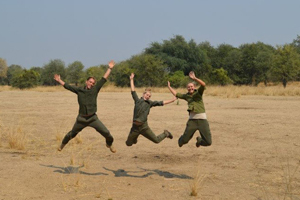